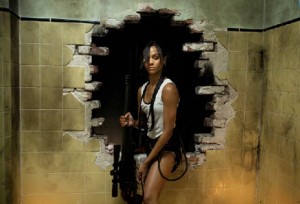 This looks, from the brief previews I’ve seen, like Steven Soderbergh’s next movie Haywire.  Maybe they’re different, but they seem to both be about a trained kick-ass girl out for revenge.  This one looks a little more stylized and less thought driven as Soderbergh’s, but not having seen either, I can’t say for sure.  The PG-13 always throws me off, especially for action movies, so I’m not expecting much from this one.

DON’T BE AFRAID OF THE DARK:

Now here is a movie I have been looking forward to for quite awhile. While I never got into the Hellboy movies, I 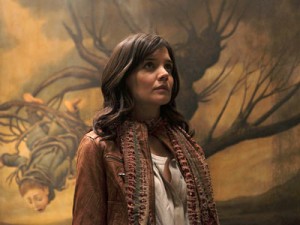 still look forward to anything Guillermo Del Toro is involved in.  I know he only produced this film, but he has been working on it for quite awhile.  I remember seeing stuff for this movie years ago, so it’s nice that it’s finally
here and with an R rating, thank god!  The previews look awesome and I really think this will be the best horror movie of the year, well mainstream at least.  THe mood looks very creepy, and aside from the quick shot of the CGI creature in the bed, I think this has real potential to be frightening, and this comes from someone who doesn’t enjoy ghost movies!  The R rating sells me every time.  You want to make money but make a shitty movie?  Make it PG-13.  But if you want actual horror people to want to see your flick, make it R.

Is it me, or do the trailers for this movie look like they were shot in 1995?  The quality is so low, its weird.

Anyway…another movie with Paul Rudd acting goofy.  Yawn.  Nothing about this really stands
out to me besides the R rating.  If it was directed by David Wain, then we would be talking, but it isn’t so this is a wait for Netflix. Paul Rudd is a middle of the road.  Sometimes he can be really funny, but other times I wish he would just go away.  This seems like a go away movie to me.