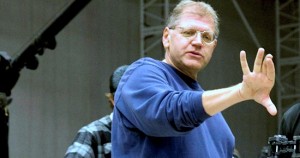 It’s been 11 years since Cast Away and What Lies Beneath, which means 11 years have passed since Robert Zemeckis (some may call him Spielberg Jr.) has directed a live-action film.

In addition to ‘Flight.’ which Zemeckis is preparing to direct this fall – he’s put in motion a new project based off Dark Horse Comics “Fort: Prophet of the Unexplained,”

According to sources, Zemeckis has signed a deal for a feature film called ‘Charles Fort’ at Universal – a project that is being called a period Ghostbusters. This marks the first project set up under Zemeckis and Imagemovers new first look deal at Universal.

I personally have been screaming for a live-action film from Zemeckis for years, I can’t wait to see if he’s still got it.