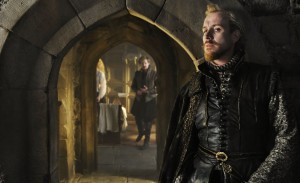 Nothing says hardcore action movie like William Shakespeare right?? Well, how about an action movie about people trying to say that Shakespeare didn’t write his plays?  Yeah…that’s about as exciting as wiping your ass.  Why would I want to see a Roland Emmerich (yes, Independence Day and The Patriot Roland Emmerich) try to make a movie about some William Shakespeare conspiracy with explosions and yelling?  It just looks awful.  These types of movies should be told by filmmakers like Philip Kaufman or Ang Lee…directors who can take a story like this and breathe some life into it…not Roland Emmerich aka the poor man’s Michael Bay.  And I like The Patriot, don’t get me wrong, but the man is a crappy director more or less.  This movie just baffles me.  It would appear he tried to go out of his comfort zone and make a non-action movie, but then just HAD to make it an action movie!!  It would be like Michael Bay doing Hamlet.  He would have to squeeze one explosion in there somewhere because Bay and Emmerich are basically like if you gave a retard a video camera and a pack of matches.  This movie should remain anonymous. 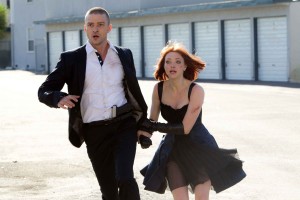 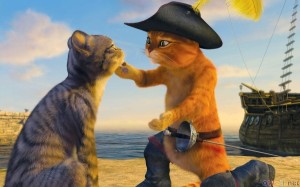 2011 marks the first spin off of endless Shrek cha-chings on the Hollywood cash register.  I have nothing against the Shrek movies, even though I didn’t particularly enjoy them, but they at least were trying to toss in some grown up flavor in an otherwise bland kiddie lollipop.  I don’t think I saw Shrek 3 or 4 (they all blur together) so I think I might have missed the character of Puss but if there is anyone in the world who knows puss, it would be Antonio Banderas so I guess he fits the role pretty well.  Although, is he still banging Melanie Griffith?  I thought her face would have completely melted by now, like Meg Ryan’s.  Oh well.  Banderas is pretty cool, even when he’s just scoring an easy paycheck like this movie.  Now that I have a kid, I can watch movies like this without feeling like some dad in the audience thinks I’m going to diddle his daughter.  This movie is no Pixar, and therefore will be a waiter until it reacher my Watch Instant Que (you think I’m going to waste a mail disc on this??), but I’m sure someday I will check it out.  No hate here, just apathy. 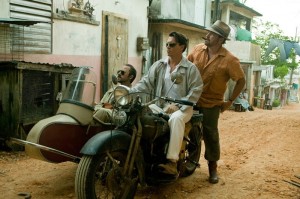 This movie has been in production for at least 7 years.  I can remember reading about this one in college and wondering when it will get made.  I’m happy it finally got the green light.  I’m not a big Hunter S. Thompson fan (any asshole can get wasted, do drugs and write about it, seriously) but I have to give the asshole credit…he made a CAREER off of getting wasted, doing drugs and writing about it, so you can’t fault the guy for that.  I still don’t think he’s any big hero or anything, and neither did he or he wouldn’t have put a bullet through his face.  But I do like how passionate Johnny Depp is for his friend.  I didn’t really like Fear And Loathing In Las Vegas (blasphemy, I know) even though I love Terry Gilliam and really wish he had worked on this movie as well, I just thought more or less, it was a waste of time, but I can still appreciate the film for what it is.  The Rum Diary might be more of the same, but it seems less quirky.  It looks entertaining, and I think Depp’s admiration for Thompson will make this movie watchable, and even though I wouldn’t spend 10 bucks on seeing it, I have a feeling it will be a semi-solid film.