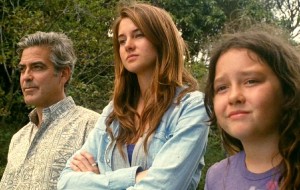 I love the work of Alexander Payne. Citizen Ruth, Election, About Schmidt and Sideways are all awesome, funny as fuck and touching films in their own right. I expect The Descendants to be no different. George Clooney, these days, can seem to do no wrong. The man has been in the awards spotlight for years now, and it looks like this will probably be yet another nomination. What I love about Payne’s movies is his ability to make handsome or beautiful actors looks like shit. It comes off as real, which makes everything even more touching because it’s like you are watching ordinary folk go through problems that could even happen to you. About Schmidt is my favorite of his films, but this one looks just as good. 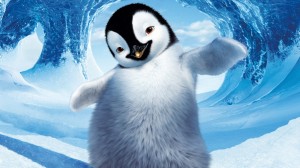 I actually saw the first Happy Feet and was indifferent to it. I mean, its a fine film to show my son someday and I’m sure I will enjoy showing him this one as well because anything that keeps him quiet for 90 minutes while I pour myself a glass of comfort whiskey is worth the price of admission. Hearing Robin Williams sing is a little like having my knuckles sanded by an industrial diamond buffer, but I can stomach it for penguins. I love penguins, its a little known fact about me. I wept at March Of The Penguins like a 12 year old girl
getting her first menstrual cramps. So I can tolerate Happy Feet, but that doesn’t mean I really like it. But if you’re looking for an oddly star studded non-Pixar CGI kids movie…well, it beats Shrek. 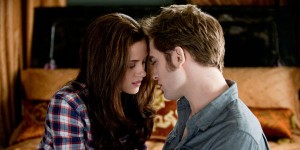 That title is like a mouthful of cock. Hollywood finally figured out that you can take 1 movie and split it into 2 parts and double your money. Fuckers. Isn’t that a little like dipping your chip in the sour cream and chives dip 5 times at a party? Oh well, if it works for Harry Potter… I will admit that I haven’t seen any of the Twilight movies. All I know is that it’s some vampire romance between a guy with long hair and a vampire and a werewolf. Sounds like a fucking mess. Also I’m told the vampires are vegetarians? What the fuck is that? It makes preteens cream so, like Justin Beiber, it probably sucks, but it sure is popular. Someday I will give this series a shot, if anything to get some material, but as of now, I’ll pass. If you want a REAL vampire romance movie, check out Let The Right One In or its equally engaging and surprisingly good American counterpart, Let Me In. Now that is romance. Skip this shizz.