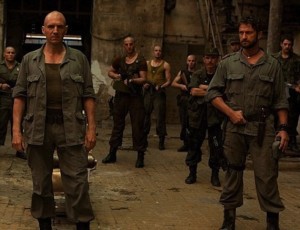 I’m a big fan of Ralph Fiennes, and not just because we share the same birthday and were both born in a town called Ipswich (its true, look it up) but because he has always been an interesting actor.  He struck gold in the early to mid 90s with Schindler’s List and The English Patient, among many other interesting films, but then sort of became forgotten in the 00s before totally resurrecting his mainstream career with the Harry Potter movies, which I find him terrifying in actually.  He’s always an intense actor, which is why I was interested in seeing how he would direct too.  This is his debut, and it looks pretty cool. I’m not a big Gerard Butler fan, but under Fiennes direction, who knows what could happen.  I like sword fighting movies too, so we could have a winner.  Directing debuts go either way…good or shitty.  It’s rare that an actor turned director makes something mediocre. They usually either pull something completely unexpected out and find a great forte, like Ben Affleck or Mel Gibson or they just totally suck.  We’ll see for Ralph does…it’s pronounced Rafe actually. 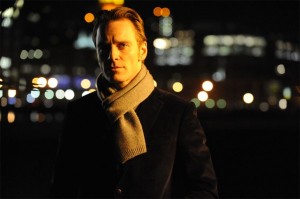 Sex addicts…hmmmm.  I mean, I guess they exist.  I think they’re called men.  I suppose because every girl I see in life, I picture naked would make me addicted to sex but because I can keep my dick under control makes me not an addict…I really don’t know how to define the term.  Some people say it’s not a real condition, but then there are people who just HAVE to fuck everyone they meet.  Can an ugly dude be addicted to sex if he can’t get any pussy?  Maybe he would just be addicted to jacking off.  It’s a weird grey area, that perhaps this movie will clear up.  Michael Fassbender is becoming one of those “i’m in every movie” actors as of late.  That can be good, if every movie he is in is decent, or it can be overkill and burn people out like Jude Law in 2004.  In this he plays a sex addict who’s life is going out of control and he seeks solace with his sister, the lovely and talented Carey Mulligan.  These psych movies about fucked up people always spark my interest, because I love psychology and I love seeing why people are crazy.  I think, if done correctly, could be a very good movie.  You’d think the director, Steve McQueen, would change his fucking name to Steven or something, to show a little respect for Bullit, but I guess he think he is something special. This movie is Oscar bait, so we’ll see.

Slow week but back in 7 days!