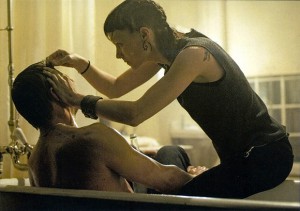 The original “Girl With the Dragon Tattoo,” admittedly passed right by me. I completely missed the boat on that one. Sure its on Netflix, and I definitely will watch it, but when I heard David Fincher was going to be doing an American adaptation of it, I held off on seeing the original. This will anger the purists, I know, but I really wanted to wait for Fincher’s adaptation.

Somehow, I’ve managed to go through the last few years knowing as little as possible about the book and original adaptations. So going into this film, I knew only as much as had been revealed in the first teaser trailer. I only learned days before seeing it, that Rooney Mara, from ‘Social Network’ was going to be playing the title character.

The film, adapted from Stieg Larsson’s novel by Steven Zaillian, begins with Mikael Blomkvist (Daniel Craig), an influential magazine writer, losing a libel case against a businessman. Mikael loses most of his fortune in damages. Down on his luck, he is then solicited by Henrik Vanger, a rich retired CEO, to investigate the disappearance/murder of his beloved niece Harriet Vanger. Under the guise of writing a memoir, Mikael begins interviewing the rest of the Vanger family, piecing together just what happened that day, 40 years ago.

At the same time, we are introduced to Lisbeth Salander (Mara), a talented investigator and researcher, and an extremely unique and complicated woman in her early 20s. Lisabeth works for a background/private investigation company hired by Vanger’s lawyer. Initially hired to do the background check on Mikael, the pair team up as they get closer and closer to the truth behind Harriet’s disappearance.

‘Dragon Tattoo,’ is probably one of the more intense, hard to watch mainstream films I’ve seen in a long time. It’s not that the difficult scenes are unwatchable, in fact, Fincher does an amazing job with suggestion, and restraint. You never see the horrible things that are happening, but you see enough to let your imagination do the rest.

Mara is absolutely unbelievable as Lisabeth. It’s amazing the transformation she undergoes to become the character. It’s much more than just the piercings, hair and makeup. Lisabeth feels like a real 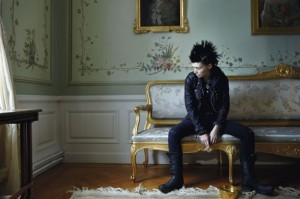 person, and Mara disappears into her.

The continued collaboration of Fincher and Trent Reznor never ceases to amaze me. They work really well together, the score by Reznor and Atticus Ross fit the mood and world perfectly.

The mystery behind Harriet’s story, and the characters and acting in the film are really what make this film stand out. I do hope, like the original films, this continues on into a trilogy, because I’d really like to see where these characters end up.

Should you see this film? It depends, do you enjoy a good suspense/thriller, and have a strong stomach for violence? If your answer is yes, by all means. But if you are at all squeamish at some disturbing acts of violence, ‘Hugo’ is still in theaters. The early tagline of ‘Dragon Tattoo,” is right on the money, this IS the feel bad movie of the year.