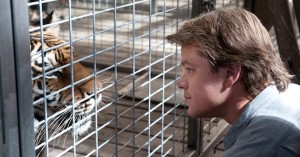 First, let me tell you that I hate reviews. It spoils a film and sets your mind in place to experience things almost as the reviewer did. I try to go into every film fresh and only off of the knowledge of the trailer. Secondly, I kind of hate this time of year and how the Hollywood hype machine starts giving hype to every film to win an Oscar. I enjoy what I enjoy and kind of like to see films before they get nominated.

Anyways, I am going to write up a review on Cameron Crowe’s first film in 6 years: We Bought A Zoo. Cameron Crowe likes to create a certain type of film: a man going through a transitional period being ushered into it by a woman. Depending on your view of the world this is either real or fantasy. Or better yet, whether women like the ones in Crowe films actually exist. John Cusack lost his innocence in Say Anything when his high school girlfriend broke up with him and left him with a pen, but they wound up together. Tom Cruise left behind the world of an arrogant sports agent to be with Renee Zellweger in Jerry Maguire. Patrick Fugit was led into adulthood by Kate Hudson in Almost Famous. And Orlando Bloom grieved about his dead dad while being soothed by Kirsten Dunst in Elizabethtown. Although, Cameron Diaz drove Tom Cruise off a bridge in Vanilla Sky.

In We Bought A Zoo, Matt Damon plays Ben, a dad of 2, who has just lost his wife to an illness. You get the precocious young daughter, Rosie, who is pretty much this film’s Jonathan Lipnicki (Jerry Maguire). And he has a son, Dylan, who is dealing with his anger by acting out in school with grim drawings. The son finally gets expelled from high school and Ben quits his job as only you can do in a Cameron Crowe film and the film gets going. 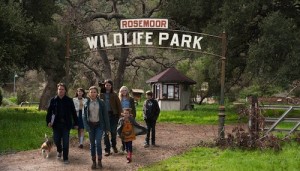 Ben decides to buy a house that also has a run down zoo that hasn’t been open in ages and wants to give his 2 kids “the unique American experience”. Dylan hates it and his dad. Rosie loves it. Ben meets Scarlett Johannson’s character, Kelly, who still works at the run down zoo where the animals are still kept. At almost the same time Ben’s son meets Kelly’s cousin in the film and you can see Crowe setting the stage for salvation.

Elle Fanning plays the love interest, Lily, to Ben’s son. She has an impeccable fresh faced quality and is radiant with beauty and eternal optimism. The way that the 2 characters interacted was very honest and made me feel giddy with nostalgia of young love. You could see Dylan’s anger diminish a little bit with more visits from Lily where she brings him a sandwich and they awkwardly make conversation.

Ben and Kelly have a working relationship with a little bit of sexual tension going on. How can Ben go on grieving about his wife, while the beautiful Kelly shovels elephant shit nearby? The 2 have a drunken encounter that is sure to be quoted by romantics for many years to come. Nothing happens there, but we follow Ben as cries at pictures of his wife on his laptop. Is he ready to move on? Can he successfully raise 2 kids and a zoo?

A subplot in the film deals with an ailing older tiger named Snar. Ben and Kelly fight over putting him to sleep. Ben wants to keep him alive and you can kind of understand what that means just by reading this. The tiger represents Ben’s dead wife that he doesn’t want to see give up and pass away. Regardless, Ben gives in and lets the vet come in to put the tiger down. Around this time it is apparent that this also signals Ben’s moving on from grieving about his wife. 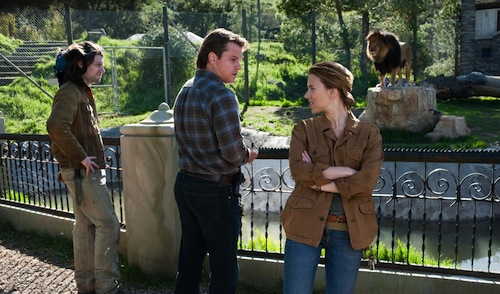 Ben and Dylan have a huge argument about everything and it felt extremely real and I’m sure every father and son have had something similar happen to them at some point in their life. {This is where the film has the most in common with Vanilla Sky. Remember the scenes with Tom Cruise and Kurt Russell who played his dad?} Ben even brings up Lily and gives him some fatherly advice to rectify things with her “All you need is 20 seconds and insane courage, and I promise you something great will come of it.”

Both women successfully help Ben and Dylan make the transition from grief and anger, respectively, to salvation. One could argue that Crowe is quite the romantic and champion of salvation in the form of a beautiful woman.

I enjoyed the film quite a bit and was glad that it felt like an old fashioned family film that wasn’t afraid to include the big themes in life that might upset the children. Not too surprisingly, but this was based off of a true story. This is probably Crowe’s first family film. Some, myself even, tend to think of Jerry Maguire as a family film, but that’s probably because we keep catching it on TBS and they cut out the scene where Cruise is banging Kelly Preston. How can that scene exist in a film with a kid who knows how much the human head weighs? Well, that’s life.

Epilogue: How can I write about a Cameron Crowe film and not discuss the soundtrack? Well, if you made it this far congratulations and here we go. Tom Petty, Wilco, Bob Dylan, Cat Stevens, Temple Of The Dog, & Neil Young fill out the soundtrack. Jonsi from Sigur Ros scores the film.