This was hard because this year really sucked ass but here goes in no order: 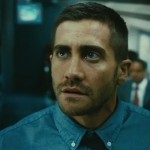 Really cool movie and the followup to Moon by Duncan Jones. He’s got some talent, and Jake Gyllenhaal proves once again that he can actually act! Everything was intense up until the end, which cost it the 4th star for me. Still, definitely worth checking out!

A really pleasant surprise. Some great bloody violence; an amazing performance from Dwight from the Office and Ellen Page; and all around, extremely heartfelt and dramatic. I loved it. Even Kevin Bacon was hilarious. Probably in the top 5 of the year.

A little over-sentimental, but that didn’t take away from the beauty of the images on the screen. I loved it because it had no (or very little) CGI, and really felt like a late 80s/early 90s epic. The final shots are just pure cinematic beauty. 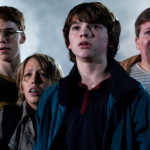 Underwhelming but decent effort at trying to make an 80s Spielberg movie. It came off more like one of those 80s adventure movies that were trying to be Spielberg movies back then, but it was still an enjoyable ride…however, wouldn’t it have made a lot more sense to go balls out and have a puppet for the alien instead of that shitfest of a CGI mess? The alien sucked, and looked so shitty that it will not make the movie endure, sadly. But, like I said…still a good effort.

For a series that started off as cool as a retard in a banana factory, they really upped the ante for the last two installments of this saga. The Deathly Hallows part 1 was pretty intense (for this series) and this one was no different. Main characters die in pretty hardcore (again, for this series) ways and the showdown actually had me pretty riveted. Good for them…they have enough money to play with and have made enough money on this series, to produce a good product…and they did.

Probably the best movie I saw this year. I know, it’s on all the geeks top 10 lists too, but they’re right for once. This movie is pretty awesome. Intense violence, great acting (even if Ryan Gosling seemed to have autism or something in his role), and just an overall
great pace of a movie. I loved every second of it. Nerds are right on the money this time.

The Descendants – 4 stars
Depressing, ugly and real portrayal of people in the world, as only Alexander Payne can do. The man just makes movies about the shittiness of real people in real life situations and how they always fuck everything up. It’s the most non-Hollywood Hollywood movie. Loved it. Made me feel like shit, but loved it. 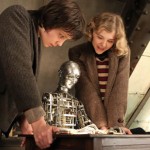 My love for Scorsese knows no bounds or limits (except for Kundun…really, THAT was your followup to Casino?) I had my reservations about this movie, but once I read that everything outside of Hugo’s part in the movie was true, it blew my mind. What an amazing story that has tanked now at the box office but will go on as a legendary movie in history, you’ll see. I wouldn’t be shocked if this won best picture. Great, great movie.

Another total surprise. I’m a decent fan of the MI series, but this one is a grand slam to win the World Series. Great, old school action, suspense and stunts make this entertaining through its over 2 hour run. Plus, I’ve always been a Tom Cruise fan even if he did jump on a couch. Big fucking deal…he jumped on a couch. Show me a celebrity that isn’t batshit. Anyway, this movie plays like all the best Spielberg action movies, and Brad Bird is someone to keep your eyes on.

The Girl With The Dragon Tattoo – 4 stars 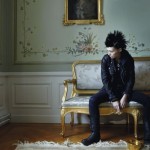 The feel bad movie of the year indeed. Bleak, dark, depressing, horrid…but it’s Fincher. Would you want anything more? The chick from Social Network bares all, gets ass raped (spoiler alert) and kicks all sorts of cock in this creepy thriller. Usually I don’t like remakes so soon after the original is made, but this works just as well. Worth a look, but don’t bring your wife unless you have a soft couch.