The unbelievable true story of three personal trainers in 1990s Miami who, in pursuit of the American Dream, get caught up in a criminal enterprise that goes horribly wrong. 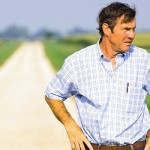 Dennis Quaid stars as Henry Whipple, the ambitious owner of a large family farm operation. Though he desires that his son, Dean (Zac Efron) to help expand his family’s farming empire; Dean has his sights set on becoming a professional race car driver.  Relationships are tested though when a high-stakes investigation pushs them into an unexpected crisis that threatens the family’s entire livelihood. 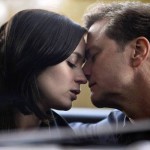 Wallace Avery (Colin Firth) hates his job. He’s blown his one shot at living his dream, and his relationships are in shambles. Not wanting to face his life, he stages his death and purchases a new identity as Arthur Newman.  However, Arthur’s road trip towards a new life is interrupted by the arrival of the beautiful but fragile Mike, who is also trying to leave her past behind. Drawn to one another, these two damaged souls begin to connect as they break into empty homes and take on the identities of the absent owners: elderly newlyweds, a high-roller and his Russian lady, among others. Through this process, Arthur and Mike discover that what they love most about each other are the identities they left at home, and their real journey, that of healing, begins. 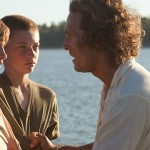 Mud is the adventure of two boys, Ellis and his friend Neckbone, who find a man named Mud hiding out on an island in the Mississippi.  Mud charms the boys with fantastic stories about killing a man in Texas and how vengeful bounty hunters are coming to get him.  He plans to meet and escape with the love of his life, Juniper, who is waiting for him in town. Skeptical but intrigued, Ellis and Neckbone agree to help him. Soon Mud’s visions come true and their small town is besieged by a beautiful girl with a line of bounty hunters not far behind. 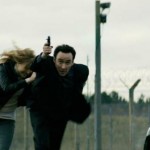 After his latest mission goes disastrously wrong, veteran CIA black ops agent Emerson Kent, he receives an unfavorable psych evaluation. Now he is given a break and a seemingly uncomplicated assignment of simply protecting the security of a young female code announcer, Katherine, at a top-secret remote CIA “Numbers Station” where encrypted messages are sent and received.  After an ambush and one phone call later, it becomes a complicated fight for their survival.  When an elite team of heavily armed assailants lays siege to the station, Emerson and Katherine suddenly find themselves in a life-or-death struggle against an unknown enemy.