We’ve been teased for years.  Will there be a movie?   Maybe another season?  On May 26, we will finally be gifted the thing that has been on our minds since that one friend let you borrow his “Arrested Development” DVDs, more.  Many an “Arrested Development” fan undoubtedly has this day clearly marked on his calendar and plans to do nothing more than sit down and devour all fifteen new episodes, interrupted only by the odd bathroom break.  During the years of waiting, two fans set out to tell the tumultuous story of the show and the amorous relationship with its small and exceedingly loyal fan base, the result is “The Arrested Development Documentary Project”.

On February 10, 2006, the world turned their eyes to Turin, Italy for the opening ceremonies of the XX Olympic Winter Games.  Meanwhile on Fox, “Arrested Development”, a show with perpetually low ratings aired its final four episodes back-to-back.  It was a less than dignified dumping of a show that had been previously hailed as “the best sitcom on TV”.  Thankfully, the show did not die, but merely lay dormant waiting to be reintroduced into the world by a devoted following.  Yeah, I heard it too, that sounds like the description of a horror movie…moving on.  During this period of hope that would ultimately result in the shows return via Netflix, Jeff Smith and Neil Lieberman took it upon themselves to delve deeper into the drama of the show.  Over a period of five years, they independently financed a documentary that examines the shows conception, execution and consumption.  I did it again, all horror-y…just ignore it. 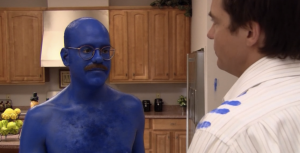 The film has the best of intentions.  It clearly exists to celebrate everything that is “Arrested Development”, and who can blame them.  The show was and is fantastically hilarious.  Its re-watchability is through the roof.  The only negative thing that I have to say about the first three seasons of “Arrested Development” is that it led to the creation of a guy who wanders judgmentally murmuring, “How have you not seen Arrested Development”.  Smith and Lieberman have done an impressive job gaining access to the entire cast, with the exceptions of Michael Cera and Jessica Walter.  Unfortunately, the interviews are conducted clumsily.  The filmmakers’ desire for the audience to believe that they themselves are fans of the show is overbearing.  Imagining the two off camera giggling and pointing at the stars they share the room with is not difficult.  The same questions are asked over and over, with all answers being shown without regard for the boredom the repetition creates.  Inexplicable shots of hands being clapped to sync audio are included and precede a great many of the interviews.  I can only imagine that this was done to highlight the film’s low budget, but only shines a light on the amateur quality of the film.  These moments are often accompanied by ironic remarks of professionalism that makes the interviewees look uncomfortable and appear to be wondering what they have gotten themselves into. 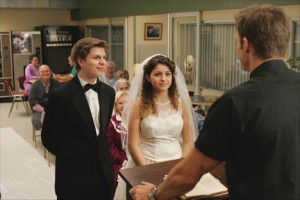 This is a documentary about “Arrested Development” and as such its viewership is going to be inhabited mostly by fans of the show.  Smith and Lieberman have not come to this realization.  Time is wasted by trying to describe a show that many of the people admit to being indescribable.  It is unnecessary and ultimately pointless.  The most interesting input comes from Joel Hornstock, VP Production at Fox.  He represents the other side of the “AD” battle, being part of the team that cancelled the show.  He responds curtly to the questions and begins to offer an understanding of the show’s implied villain.  More time with Hornstock would be ideal, but instead that time is taken up by conversations with fans.  The less said of the fan interviews the better.  It was an unfortunate choice of the filmmakers to feature so many nameless people simply heaping praise on the show.  I do not disagree that the show was great, but the shear amount of hyperbole involved in the interviews, which is to be expected of any fandom, detracts from the film as a whole.  Many words are spoken, but very little is said. 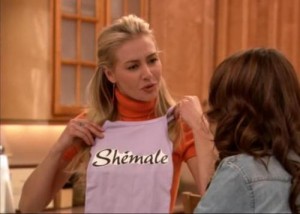 The life of a documentary is not easy.  Unfairly viewed as boring by a great deal of the public, it is exceedingly rare for a documentary to breakout into the mainstream.  Documentaries can offer the public a slice of the real world and in featuring actual people cause some to think that it may be the easiest type of film to make.  But here’s the thing, making a good documentary is hard.  “The Arrested Development Documentary Project” trips as it exits the gate.  Without a clear focus, audience awareness or understanding of why it has chosen to exist, the film meanders.  The interviews bring nearly nothing unique to the table.  It is frustrating to watch the great potential, the access that they gained is impressive, be squandered by unrepentant fanboy excitement.  The production is clumsy and a choice by the filmmakers to include a bevy of fan interviews is ill-advised and further illustrates its amateur quality.  “The Arrested Development Documentary Project” does not make you want to revisit the show out of a sense of nostalgia; it just makes you want to watch something else.