This isn’t a “Top 5” list, in fact, such a list would be near impossible to do when regarding something like the Criterion collection. But I wanted to come up with a list of 5 films that are available on Criterion and streaming Hulu Plus that people should totally check out! So here they are, in no particular order:

From French auteur Robert Bresson, this film traces the parallel lives of Marie, a farm girl, and her pet donkey, Balthazar, over many years. A complex story with a minimalist aesthetic, some herald this film as Bresson’s finest.

Directed by Jim Jarmusch, “Stranger than Paradise” marks the filmmaker’s first major film. It tells the story of three young folks – one a self-identified “hipster” – with a very minimalist plot told in three acts. Jarmusch, who studied at NYU under the iconic Nicholas Ray and a close friend of Sameul Fuller, shows strong indie chops in this critically-acclaimed absurdist comedy. 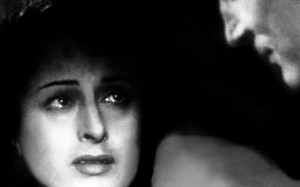 This film was brought to my attention by Scorsese’s excellent documentary on Italian Film, “My Voyage to Italy.” “Rome, Open City” is directed by Roberto Rossellini and tells the story of Nazi-occupied Rome in 1944. The film was released in September 1945, and its initial reception by Italian audiences was mediocre given the subject matter and time of its release. “Rome, Open City” is considered a perfect example of Italian Neorealism.

A film by Samuel Fuller, one of my favorite directors, “Shock Corridor” is about a journalist looking for the quickest route to a Pulitzer Prize. The journalist enters a mental hospital as a patient to investigate an unsolved murder; of course, he ends up becoming involved in more than he bargained for. Part of the “Snake Pit” genre of films centering on mental institutions, if you watch closely, you’ll see a few shots in “Shock Corridor” that Milos Forman paid homage to in “One Flew Over the Cuckoos Nest.”

The Battle of Algiers

One of my favorite films of all time, “The Battle of Algiers” from Gillo Pontecorvo tells the story of the capital city of French Algeria between 1954 and 1957. It stars non-professional actors, many of whom lived in the region during the events the film depicts. Shot in a style that inspired films like “Bloody Sunday” and “United 93,” the film feels like a documentary and was even used by the Pentagon as an illustration of the problems of Iraq in 2003.

Don’t forget to check out Episode 7 of the LonelyReviewer Podcast!