The first anyone heard about a masked hero cowboy was in 1933 through the radio. Then in 1956 an eight year TV series about that same masked man. Now producer Jerry Bruckheimer and director Gore Verbinski, the filmmaking team behind the blockbuster “Pirates of the Caribbean” franchise brings us a modern tale of a Native American spirit warrior Tonto recounting the untold tales that transformed John Reid, a man of the law, into a legend of justice. A runaway train of epic surprises and humorous friction as the two unlikely heroes must learn to work together and fight against greed and corruption in the wild west.

Get ready for more minion madness in Despicable Me 2.  The return of Gru, the girls, the unpredictably hilarious minions…and a host of new and outrageously funny characters come at us again as the Anti-Villain League recruits Gru to help deal with a powerful new super criminal. 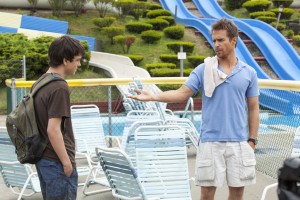 The funny and poignant coming-of-age story of 14-year-old Duncan’s summer vacation with his mother, Pam, her overbearing boyfriend, Trent, and his daughter Steph. Having a rough time fitting in, the introverted Duncan finds an unexpected friend in gregarious Owen, manager of the Water Wizz water park. Through his funny, clandestine friendship with Owen, Duncan slowly opens up and begins to finally find his place in the world—all during a summer he will never forget. 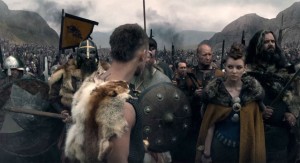 In Viking Britain in 871 AD a young Viking warrior, Steinar, is sent by his father the king on a quest to find his estranged brother, who was banished from the kingdom many years before. Steinar’s epic journey across terrifyingly hostile territory gradually sees him emerge as the man his father wants him to be – the ruthless and unforgiving successor to his throne.