Happy Halloween! This is Part 2 of our “Lesser Known Horror Movies Series, now moving into the 1990s.

Check out Lesser Known Horror Movies of the 80’s here.

I’m sure true horror buffs will have seen these films multiple times, but for the casual horror fan, these movies might be a little more obscure than your typical Friday The 13th.  All real horror fans know that watching most older horror films is less about the scary aspect of them and more about the humor.  This list of movies could easily fit on any comedy list as well. 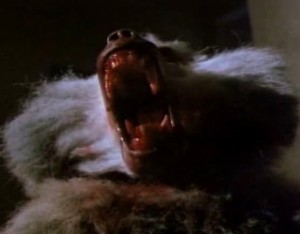 Really cool flick about a group of dorky LARPers (Live Action Role Players) who decide to play some D&D shit in a giant medical building, but they accidentally release a huge and pissed off baboon who then kills them all. There are some really cool shots in this and the baboon is actually pretty terrifying at times. Not sure what they did to irritate it so much, but the thing smashes through doors, etc. 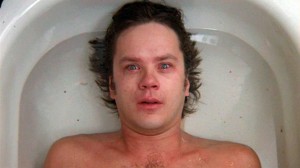 An underrated masterpiece and total mind fuck of a movie. Tim Robbins is a mailman with some serious PTSD from Vietnam who starts to see the most fucked up demons and bizarre shit all over the place. People try to convince him he is losing his mind while others tell him there is something more sinister going on. Really awesome imagery to this forgotten classic. A must see. 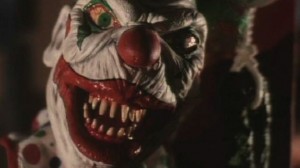 Hysterical flick from the Charles Band grab bag of schlock. A group of evil toys attack people at the factory. The toys are great and Baby Oopsy Daisy is just too goddamn funny for words. The flick is so shitty all around that you will get a tremendous laugh out of it. Can’t ever go wrong with Charles Band and Full Moon Entertainment. 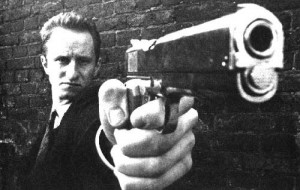 Awesome  Belgian mock-umentary about a group of filmmakers making a doc about a serial killer. The stuff in this is priceless. Ben, the killer, is a legendary character and the shit he does is awesome. Killing a relative at the dinner table during his birthday to showing us the ways to kill an old lady without wasting a bullet, Man Bites Dog will entertain you for its entire runtime. Highly recommend. 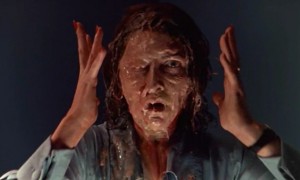 Body horror is my favorite, generally, because it allows for the best use of gore FX. This flick is pretty good in that department. Influenced by Dead Alive and other gross out horror comedies, Body Melt takes it’s cue to just go overboard and outdo the last shot with the next. Basically people of some town are taking experimental diet pills but the side effects are that they make you melt. Easy and gory, you’ll adore it.

Not all that obscure, but not all that talked about either. I saw this at age 15 all alone in a creepy dark theater in Boston. It scared the fuck out of me just because of it’s mind fuckedness. John Carpenter’s final chapter in his Apocalypse Trilogy has a detective hired to find a missing Stephen King-esque writer whose books are so good, that they drive people insane. And his writing starts to turn real as well. Some really frightening scenes in this one. Look for a quick cameo from Hayden (Anakin Skywalker) Christensen as a fucked up old man on a bike. That scene will stick with you. 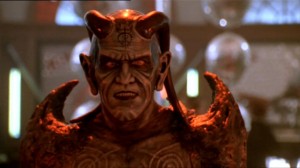 Really silly movie about a killer genie. I guess they call him a Djinn, but its a monster that grants wishes….only no matter what you wish for, the wish ends up killing you somehow. The movie is silly, but the FX are actually pretty nice. The late 90s dissolved into mostly CGI shitfests, but this one kept mostly with practical FX, so it gets a pass.

Kevin Bacon is usually pretty solid in anything he’s in and this creepy ghost flick is no exception. A guy gets hypnotized and wakes up with all these mental links to a murder. This isn’t really too much of an under the radar movie, but it’s a strong horror flick for it’s time. Some really cool and creepy stuff in this one. The tooth bash on the floor was always a good squimish moment. 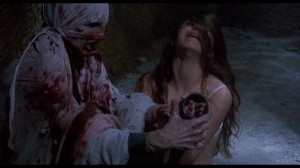 Stuart Gordon of Re-Animator fame brings another H.P. Lovecraft story to life with decent results. Not his best effort, but Jeffrey Combs is awesome as always and there are some decent scenes in this. The Freak is pretty cool looking too. Good makeup. 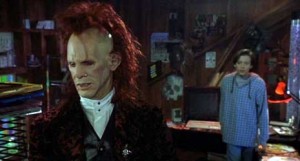 Always a nice guilty pleasure. This stars T2’s Edward Furlong as a kid who gets a new video game which basically makes you a serial killer, only it turns out to ACTUALLY make you a serial killer. Plus this fucked up dude called The Trickster pops out of the game into real life and starts fucking around. He also randomly jams out to Primus, which I found funny. I like this movie because it showcases a lot of mid 90s stuff that is outdated now. Plus, Furlong’s room in this movie is a teenage boy’s wet dream. Fucking badass.

What are you some of your favorite movies from the 90s? IF you enjoyed this list, check out yesterday’s feature on “Lesser Known Horror Movies of the 80’s.”