The romance novel industry is a multi-billion dollar business. The community is strong, tightly knit, and predominantly made up of women. Filmmaker Laurie Kahn was given complete access to this community for the past 3 years, and the films narrative follows along 6 published writers.

As the film opens we learn how and why the community is as strong as it is – Romance Fiction is one of the few places in all media where female characters always live happily ever after, justice prevails, and the heroes always win. There’s a great quote in the film, “This is the one place where you will consistently find women’s sexually treated fairly and positively. There’s nothing wrong with that. It’s actually uplifting and affirming.”

The subjects we’re introduced to all come from various sides of the Romance world. Mary Bly candidly tells us about her academic upbringing, some of her struggles in reaching tenure as a Shakespeare professor but also having a successful career writing under the name Elouisa James. It’s through Bly we are introduced to how important leveraging Social Media was for her continued success. We also meet Beverly Jenkins, a pioneer in writing African-American romance novels, we learn how prior to Jenkin’s efforts, it was an audience that didn’t have much that was written for them in mind. 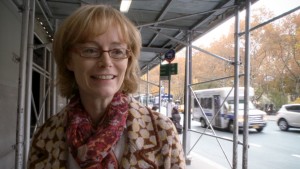 There are interviews from seasoned extremely successful writers like Nora Roberts, but we also meet aspiring writers like Joanne Lockyer whose working with a friend she met in the community to publish her first novel. The community from Nora Roberts down to the person writing their first book all seem so approachable – they
are willing to help each other out. Whether its working through plots, or providing feedback for their finished work. 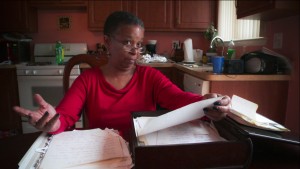 The film does touch upon a bit in how female characters and story telling has progressed as we moved into modern times – but I would have loved going a bit deeper into some of the mid-20th-century novelists (from writers like Patricia Highsmith) that is only mentioned briefly. The film doesn’t have a story arc for all the characters, but I believe Kahn approached this film as a way to take a snapshot of a truly unique and fascinating community. 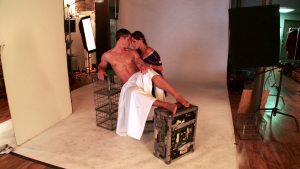 It’s great to have a film that eloquently gives insight into a community most would otherwise not know much about. As an outsider to the world of romantic fiction, I was fascinated by this well-made window into the world and think anyone interested in the art of fiction or even just writing, should seek this film out.