Bobcat Goldthwait is hands down one of my favorite IFFBoston staples. I always look forward to what he brings to the festival. This year, he returns with “Call Me Lucky,” a documentary about a fellow comedian, Barry Crimmins.

Crimmin’s, some years Goldthwait’s senior, was instrumental in the Boston Comic community. His friends & contemporaries that are featured in the film paint a picture of a highly intellegent, extremely funny comedian who was able to fit in quite a bit of political and social commentary into his act without the audience even realizing what had happened. 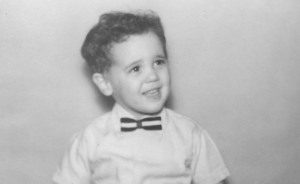 The film builds Crimmins’ profile slowly, starting with his upbringing in upstate New York, his rise in Boston, and how as he grew as a performer – coming to terms with what was a rather horrifying experience as a child.

Crimmins was Jon Stewart on the Daily Show before that was a thing. His honest, brutal observations cut deeply into his subjects. One of the subjects points out that the angrier and more passionate Barry got, the more eloquent he became. The film opens with an amazing and passionate public speech about government from Crimmins in Boston Common in 1990. It then moves quickly to interviews with comedians Marc Maron, David Cross, Lenny Clarke, Tom Kenny, and more. 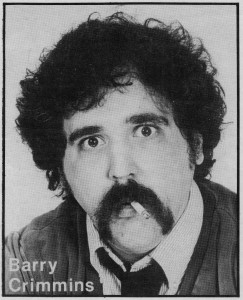 As we dig deeper into Crimmins’ life, we learn of his childhood experience with a babysitter. The story is brutal, horrifying, and tragic–Goldthwait gives Crimmins a platform to dig right into his story without pulling any punches.

Shot beautifully, the documentary has a mix of great archival stand-up footage, with beautifully lensed interviews. “Call Me Lucky,” strikes a perfect balance of funny and tragic. As always, Goldthwait proves to be an expert at his craft, creating a powerful film with perfect pacing, and a close-up intimate portrayal of his close friend.