There is a terrible plague in the world of Video Games. The mostly male dominated industry and audience has for years rejected all female viewpoints from entering their club. Whether its perpetuating stereotypes in character designs, or harassing women online – it’s a big mess, and “GTFO” sets out to tell the story.

Inspired by a horrible public display of sexual harassment on an online stream sponsored by a major publisher (Capcom), filmmaker Shannon Sun­-Higginson set out to capture the conversation surrounding this serious problem. The film features subjects like Anita Sarkeesian, Jennifer Hepler, Robin Hunicke, Rhianna Pratchett, and much more. 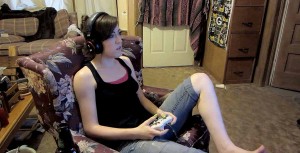 The film takes us back to the beginning, where the mostly male engineers essentially invented the idea of “video games,” and how the industry has never been able to shake that male-centric view. From who games are made for, to who they are marketed to – there’s no denying the female demographic has been largely ignored, despite the fact that it is the fastest rising audience in gaming. In many ways, it is this culture has created a toxic envrionment for women who do decide to participate in the onling gaming community. The film dives into this deeply, and shows the audience some of the terrible things that a Female Video Game player can be subject to.

The narrative pacing of the film was excellent, the film moves from topic to topic very quickly, none of what is covered feels repetitive. At times 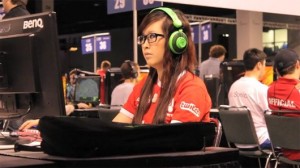 we did see some of the same archival/b-roll footage over and over again, but, it didn’t take anything away from the core message of identifying and outlining a serious problem.

With things like “GamerGate,” being covered by mainstream news organizations, “GTFO,” comes at a perfect time. It’s a brave film, with brave subjects willing to stand up and point at what the problems are, and how to fix them. I applaud the filmmakers for taking on such an important subject, and I hope works like this allow stakeholders within the industry to look inward, and bring the change it so desperately needs.