TONY ROBBINS: I AM NOT YOUR GURU, is a feature doc about well known business strategist/motivational speaker Tony Robbins, and goes behind the scenes of his mammoth seminar “Date With Destiny.” Director Joe Berlinger was at the Brattle Theatre for a Q&A following the film, check out these excerpts:

The United States border with Mexico is nearly 2,000 miles. The agency in charge, U.S Customs and Border Protection, protect the border with patrols, and checkpoints throughout the miles of empty desert. They’ve seen and experienced wild things in their years, and filmmaker Greg Kwedar sought to capture some of their stories in “Transpecos.” 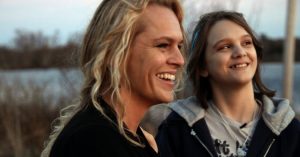 “The Best and Most Beautiful Things” is a wonderful film about the journey of a legally blind woman with high functioning Asperger’s Syndrome, and her inability to let anything stand in the way of her drive and ambition to chase her dreams.

We were fortunate to capture Lydia Loveless treating the Q&A audience to an acoustic performance following the screening of “Who is Lydia Loveless” at the Brattle Theatre. Check it out below! 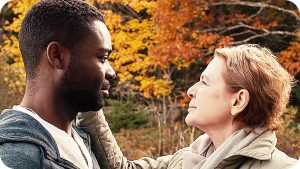 Imagine learning more about someone you loved posthumously, but through someone they didn’t get along with? “Five Nights in Maine,” from Writer/Director Maris Curran is a really interesting story of mourning, starring David Oyelowo and the incredible Dianne Wiest.

A pizza cook who’s never left his college town meets the woman of his dreams, only to find out there’s a huge roadblock to them being together. “Paperback,” is writer, director, and lead actor Adam Bowers second feature film since his Sundance premiere “New Low.” The film had its premiere at the 2015 Austin Film …