A Late Quartet tells the story of a world renowned string quartet, and begins just as some serious challenges arrive for the group. 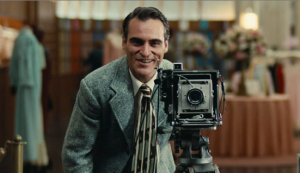 Paul Thomas Anderson is a fascinating filmmaker. His films spend years in production, no doubt evolving and building an epic tale that tells a thoughtful deep story that needs time to sink in. His latest, “The Master,” is no exception. Featuring amazing performances by Joaquin Phoenix and Philip Seymour Hoffman, “The Master,” is a study …

John Patrick Shanley returns to the director’s chair with this adaptation of his Pulitizer-prize winning play, ‘Doubt.’  (For those of you who remember such things, Shanley’s first film was ‘Joe vs. the Volcano.)  Shanley’s second film, is, clearly, worlds away from his first.