Sequels are sometimes inevitable and often predictable in their inevitability.You watch a great movie, you walk out of the theater and you can almost see the light bulbs appearing over the producers’ heads.“If they loved that, they’ll love a second one!”And usually the audience buys into it if they were invested enough in the first.But a trilogy?Can an audience to buy into a story for a third time?The hat-trick is a tougher sell.They typically reek of cashing in and tend to weed out those who are committed to the series from the casual viewer, even more so than a sequel.So to successfully pull off a three-peat, the story needs to be as fresh as, if not fresher, than any previous installments for the film to work as a complete set.Sometimes it can backfire (ahem, ‘Spider-man 3’), but sometimes the trilogy can be pulled off.Check out the list of a few great film trilogies below.

Note: Some of these trilogies have recently become quadrologies, but I’m going to ignore the latest installments and just refer to the classic trilogies.

The Indiana Jones Trilogy:Each of these movies are fun.I mean real fun.Like a swashbuckling adventure on the high seas but with an anthropologist in far away lands.Dr. Indiana Jones has become a cultural icon because of his epic adventures for treasures man has yearned to discover but knows they can only dream of.And the whip, the hat and the scar?All cool features of that timeless hero that, at one point in our lives, almost all of us wanted to be. 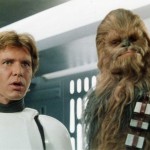 The Star Wars Trilogy:Of course I’m talking the original trilogy here.Those prequels can end up in the fires of Mustafar for all I care (+2 nerd points but -6 cool points for that reference).The Star Wars trilogy is an amazing collection of films.Steeped in mythology, the series was groundbreaking for its cutting edge effects as well as its story.And the idea of picking up the series in the middle of the entire story?Genius.Let the imagination fill in the blanks.Oh Lucas, why couldn’t you leave well enough alone?

The Die Hard Trilogy:If you had to pick one cinematic bad ass, John McClane would definitely be on the list of contenders for the title.Tying a fire hose around his waist and rappelling down the side of a building to come crashing through a window to take out terrorists?Hell to the yeah.Clearly the first ‘Die Hard’ was the best.You can’t do much better than Hans Grueber as your bad guy.But two and three deliver as well.Personally, I love ‘Die Hard With a Vengeance.’John McClane teamed up with Zeus “King of the gods, shove a lightning bolt up your ass” Carver to take on Hans Grueber’s revenging son?Come on.The Die Hard trilogy is quite possibly the quintessential set of action movies.

The Bourne Trilogy: But if the Die Hard trilogy had a rival for best action set, it’d be Jason Bourne’s three movies. ‘Identity,’ ‘Surpremecy’ and ‘Ultimatum’ may not have reinvented the action movie, but Paul Greengrass (and Doug Liman) appeared to have given action films a new context. The audience felt the weight of the world along with Jason Bourne as he spent the series trying to find out who he is, all while evading and picking apart the very people who made him the ultimate machine. And when the action kicks in, it goes to 11. And, for once, the shaky camera approach to filming actually works really, really well.

The Ocean’s Series:I’m probably not going to make a ton of friends with this pick, but I’ll admit it, I love all three of

these movies.The general vibe towards this series is that ‘Oceans 12’ is worst, but in my humble opinion the last installment was probably the weakest.But what I love about this series is that after the success of the first film, ‘Oceans Eleven,’ Soderbergh took the series in a different direction with the sequel then book-ended the trilogy with a story that was throwback to part 1 (most will probably argue that it was because ‘12’ didn’t do so well so they went back to the formula that worked, but I’ll say for it was for artistic reasons).Plus, it’s just fun to watch cool people who know they’re cool walk around being cool.Cool?

7 thoughts on “Make Mine a Triple: Great Trilogies”