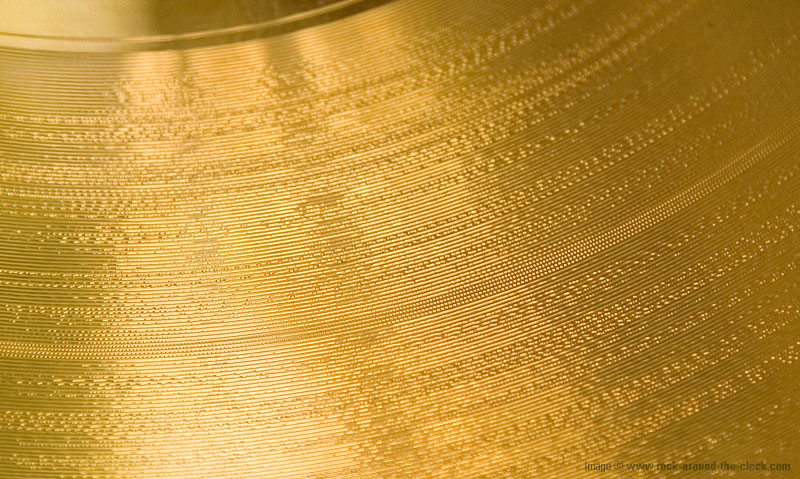 For the most part, 2008 musically passed with the grandeur of an oboe solo for me: nobody noticed or cared, except for the occasional court-awareness, awe-struck moment of, “Whoa, hey! There’s an oboe solo going on right now.” Not being a rap aficionado, I can’t comment on Lil’ Wayne’s juggernaut Tha Carter III, on Kanye West’s 808s & Heartbreaks, nor any of the musical high tides that crashed ashore for the genres I’m not tapped into. But, dear reader, for me, 2008 was not the lead zeppelin of this close-to-finished decade.  No, 2008, when it shone, it shone brightly. I’ll point out now that it’s somewhat telling that what I consider to be the two biggest and best albums of 2008 came from bands that played a part in defining their humble little sliver of the 1980s.  Perhaps, in the throes of finishing my final lap of my 20s, I’ve come to that point where I’m stuck in my musical ways, preferring something other than the current thing (give me Superunknown, Core, In Utero or Master of Puppets over anything Fall Out Boy will shit out nowadays [or ever]).  But, in this age of single-driven, iTunes “hunt and peck”, cherry-picking songs take on music, I have found and documented albums that have made an indelible mark on this little lonely reviewer.

Death Magnetic – Metallica – On first pass, I’ll admit, I was timid.  Sure, this album rocked.  That familiar tingle below that only occurs when an album truly impresses the hell out of you, but was it really a feeling of being impressed?  Or did St. Anger blow so much that, unless they, like Sarah Palin in her VP debate, came out and just farted for an hour and change into the microphone, anything that came out would have been deemed a success?  Well, I’m more than pleased to say that Death Magnetic stands up to the test of time.  The fellas have made it pretty cliché at this point, but their point is true: St. Anger was the ashes from which this quintessential metal band has pulled a phoenix.   The best description I can come up with to describe this album to the casual Metallica listener is this: it’s as if Load and Reload Metallica made …And Justice for All.  And that, my friends, is a good thing.  From the killer intro track, “That Was Just Your Life” to their triumphant return to instrumentals: “Suicide and Redemption”, Metallica prove why they are the elder-statesmen of metal/hard rock/whatever you want to classify them as at this point: they majestically riff harder and faster and more melodically than any other band out there.  There.  I said it.  Throw your stones if you will.  But deep down inside you know it’s true.  No, they didn’t make another Master of Puppets or Ride the Lightening.  But I’m ok with that.  I already own those albums.  They’ve grown and I’m happy to have grown with them.  Which is why I’m ok with admitting that I’m also an Unforgiven apologist: Unforgiven III could quite possibly be the best of the Unforgiven trilogy.  Forgive me not.

Chinese Democracy – Guns ‘n’ Roses – Well shit. I’m half-expecting Christ to come back to Earth and shrug in a “Jesus, I guess I need to follow through with my promise to return one day better than ever” fashion.  The day we rockers thought would never come has officially had its dawn: Chinese Democracy has seen the light of day.  And, I’m more than happy to report, it is an amazing album.  Now, I know it’s hard for a lot of GnR fans to let go of the past.  With Appetite…, the Use Your Illusions and Lies (yeah, fuck The Spaghetti Incident?. All of you completionists who bought this album totally know that you only bought it to have the complete Guns catalog [perhaps, just perhaps, for the mild exception of having Sympathy for the Devil or Hair of the Dog.]), you have a pretty solid idea of what your Guns ‘n’ Roses is: a greasy, bombastic, Elton John-influenced, misogynistic, drug and booze-fueled rock and roll band that rose above every other 80s band that it was sadly lumped in with (when we all know that Axl and company was well above the mild standards that Winger, White Lion and every other “W” band and their ilk had set).   Chinese Democracy is kind of none of that.  Guns ‘n’ Roses could easily be called The Axl Rose Experiment at this point and because of that, the Elton John influence is kissed once or twice (Street of Dreams [formerly known as The Blues], I’m looking in your direction), but this is a new butterfly sprung forth from the cocoon of the Slash/Izzy/Axl driven music of the late 80s/early 90s.  Chinese Democracy is dense, different and diverse.  And after a solid week of giving this album a chance, I have nothing to say but goddamn, the album works.  Not only does it work, but it works really, really well.  Give Axl all the shit you want, the man has musical talent and displays it like a proud peacock in this should-have-been-a-double album.  For those willing to drop preconceptions and listen with virgin ears, Chinese Democracy is exactly as the title implies: unexpected, out of left field and jaw-dropping.

Day & Age – The Killers – You have to admit, when you first heard “Somebody Told Me” back in 2004 you thought: one-hit wonder.  It’s cool.  I did, too.  That song was way too catchy, way too popular and way too good to be sustainable.  No, The Killers were definitely a flash in the pan, perfectly set up to go the way of Harvey Danger: maybe one more song that didn’t quite live up to Flagpole Sitta, but it was nice having you around for that one song.  Boy were we wrong.  Turns out Hot Fuss was a good album through and through.  And so was their follow up: Sam’s Town.  And Jiminey Cricket, they’ve done it again with November’s release, Day & Age.  It always impresses me that a band can be a quiet thunderstorm: The Killers simultaneously make their own brand of explosive music while seemingly flying under the radar.   By all accounts, The Killers should have fizzled out.  But instead they keep evolving, changing their sound ever so slightly to wonderfully reinvent themselves without losing themselves.   Day & Age takes Sam’s Town to the next logical step: a bit more subdued, yet unsurprisingly surprising (hello, steel drums).  Singer Brandon Flowers gets a lot of the coverage for the band and I’m not sure if he’s the brains/mastermind/Axl Rose behind the whole operation or not, but if he is, I anxiously await his next encore in this grandiose play of eclectic pop music.  Trust me, give Day & Age a listen.

Ghosts and The Slip – Nine Inch Nails – Ok, I know.  I reviewed both of these albums here on this very site when they were released and I wasn’t incredibly glowing about them.  I think I may have made some sort of awful, cliché journalistic statement about The Slip giving the dedicated Nine Inch Nails listener the slip. Get it? Ha! Sorry about that.  My position hasn’t exactly softened on either musical endeavor as I ponder back across the year that was.   So why their appearance on this list?  For the very reason that I slagged them off: the glorious advancement of the technology.  Having sit back and listened to both albums recently, I still feel Trent and the hired guns rushed things.  But in reflecting over a broader canvas, you have to admire his enthusiasm for putting out music on his own terms, free from the confines of record companies.  And that’s one stamp that can be slapped across the brow of 2008: bands utilizing the power of the Internet to present their music.  Nine Inch Nails wasn’t the first (Radiohead arguably was one of the first “majors” to draw attention to the joys of not being under contract in 2007 with their distribution of In Rainbows) , but they certainly lapped up the luxury over the past year, releasing not one but two albums in 2008.  And you have to admire the effort.  Will Ghosts and The Slip be remembered and revered like Downward Spiral (or, in my case, The Fragile)?  Nope.  I feel pretty confident about that.  But you can’t knock a man for trying, for spreading his wings and getting a feel for his newfound freedom.  And for that reason alone, Nine Inch Nails’s two releases deserve a spot on this list.

Dig, Lazarus, Dig!!! – Nick Cave and the Bad Seeds – After 25 years of blistering albums, you start to wonder if some artists are drinking from a different artistic well than others.  How can one band consistently put out beautiful, haunting, inspiring albums and still remain under-appreciated in the mainstream while Fred Durst still shows up on a record here and there and gets press for accompanying a porn star to some sort of C-movie red carpet event?  Though, if I had to guess, I’d suspect that’s exactly the way Nick Cave would want it.  He and the Bad Seeds have carved out their own little corner in the sandbox and their unwatched enterprises have consistently inspired.  2008’s release, Dig, Lazarus, Dig!!! once again shows that the boys can still reinvent themselves but keep their essence more than in tact.  The opening, self-titled track sets the tone: this is probably as close as Nick Cave is going to come to a showtune.  And it works.  Cave and company move through the loose story of Lazarus, the biblical Houdini, and present a familiar sound that has not been heard before on a Cave album.  This album makes me wish I wrote the tracks “We Call Upon the Author” and especially “Hold On To Yourself”.  25 consistent, beautiful years with Dig, Lazarus, Dig!!! providing what is hopefully a comma, not a period, at the end of this particularly Nick Cave-ian sentence.

So 5 items, 6 albums talked about.  Obviously my list is different from yours (or, if not, you and I need to meet up for a beer), so if you beg to differ or have various albums that you think defined our 8th revolution around the sun in this decade, post it below.   Tell us why 2008 musically-rochambeau-ed you.