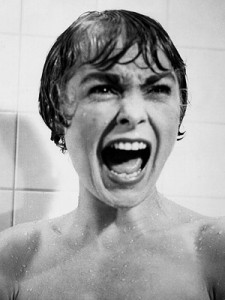 Universal Studios has announced the upcoming remaster and blu-ray release of Alfred Hitchcock’s classic, ‘Psycho.’ It is the 50th anniversary of the classic film that drove everyone who saw it to sponge baths.

The film will be in Blu-Ray high-def, and will feature a new 5.1 surround sound mix. Ever since entering the world of 1080p, and blu-ray I definitely find myself rebuying a lot of films that I feel like look really poor despite being upconverted, so this is absolutely a must-buy for myself.

The disc will feature a plethora of new and old special features:

The blu-ray will be available in all stores October 19, 2010