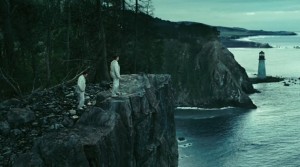 So it’s Oscar time again, and I guess the little experiment of having 10 Best Pictures worked from last year. Once again, they have taken a crappy year in general and milked 10 movies from it. I have mixed feelings on this 10 Best Picture thing. On one hand, I like it because it gives some great, great movies that probably wouldn’t have cracked the top 5 (i.e. True Grit) a chance at glory. On the other hand, however, 10 movies don’t seem to have the prestige that 5 movies had. You had to be really, really good to make the top 5 (with the exception of Juno). So I’m mixed, but all in all I don’t mind it too much.

Last year you could tell there was a lot of filler. The Blind Side, are you kidding me? That said, this year actually has 10 movies I really enjoyed! I would say all 10 of them had a legit shot at a Best Picture nomination even if there were only 5 this year. Some are stronger than others, of course, but all 10 really gave me something this year, and that is rare, trust me.

I’m betting on The Social Network to take the top prize. Even though when I first heard about it, I was like “wha-?” Who wants to see Facebook the Movie if you are over 22? But as soon as Fincher signed on, I knew this was going to be a little different, and, of course, it was. Excellent movie.

Now out of these 10, my favorite would have to be Black Swan. I was expecting a mind fuck, yes, but not THIS much of a mind fuck. It had all the classic elements that made old school David Cronenberg and David Lynch so terrifying. Meaning, you didn’t know what the fuck was going on. It captures the confused atmosphere so well, that I was on the edge of my seat. I love body horror, and this was body horror I have not seen since The Fly. Loved it! It won’t win, and to be honest, I’m glad. A movie like that shouldn’t be shared with any idiot who sees “BEST PICTURE WINNER” on the box. This is a special movie, and should only be viewed by people who will appreciate it.

However…it was not my favorite movie of the year. In fact, my favorite movie wasn’t even nominated. Now I am a self confessed Martin Scorsese whore, I know this. But we had our differences for a few years. In fact, I felt that The Departed, while good, was immensely over-rated and not even close to his best movie. One of his
bottom movies, I would have to say. It just felt like he wasn’t trying, and he pretty much admitted that in multiple interviews. But, I don’t want to get into a 10 page ramble of The Departed. I’m talking about the forgotten movie of 2010, Shutter Island. Even though this was his highest grossing movie to date, the February release destroyed it. What a stupid idea to release it in Feb. Yes, I understand that their strategy was to mimic Silence of the Lambs
success, but that was fucking 20 years ago!! (Holy shit, it was, wasn’t it??) I feel that Shutter Island would have been given a bit more Oscar love if it had stuck with its original release date of October 2009. People don’t like this movie. That’s fine. People say the “twist” was predictable. I say, the movie wasn’t about the “twist”. I say the movie was much much MUCH more than that. This isn’t going to be a Shutter Island review, but if anyone hates this movie because of the supposed “twist” ending, then please go back to enjoying The Mechanic, because this is simply not for you. The movie had style that I haven’t seen in a movie this century. It just had so much going on…the music being my favorite part. The musical buildup to them arriving at the island almost gave me a heart attack. I loved it!! Every bit of it!! And it has my vote as Best Picture of the Year!!!!! But watch…King’s Speech will take it all. Bummer.