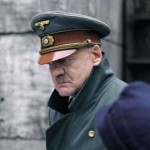 Netflix Streaming Pick of the Week is a recurring weekly feature that’ll have our pick of the week for instant streaming, just in time for the weekend!

We’ve all seen the viral Hitler parody videos where he finds out that Apple didn’t release the latest iPhone, or a reaction to some other recent relevant popculture/life event. When those videos first started coming out, I wondered what film the scene was from, because in all actuality, the performance seemed quite good. Turns out, the film was 2004 Austrian war film ‘Downfall’ (Der Untergang), the Academy Award nominated film from Oliver Hirschbiegel. The film was based upon books/memoirs recounting Hitler’s last days in his bunker. The film in my opinion is one of the best WWII films ever, and the fly-on-the-wall almost Battle of Algiers like way the story unfolds is amazing. Read Lonelyreviewer’s full review here.

If you haven’t had a chance to see this film, it is available on Netflix Instant Streaming.