Iron Man 3
Rated: PG-13
Action | Adventure | Sci-Fi
Part 3 in the saga of the Iron Man series finds Tony Stark haunted from the events of The Avengers only to face an even greater enemy in the terrorist Mandarin. When Stark finds his personal world destroyed at his enemy’s hands, he embarks on a harrowing quest to avenge those responsible. As Stark closes in, he is pushed beyond the limits of Iron Man only to relay on his ingenuity and instincts to protect those closest to him. Will Stark discovers the answer to the question that has secretly haunted him: does the man make the suit or does the suit make the man? 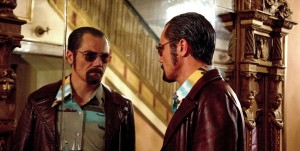 Iceman
Rated: R
Crime | Drama | Thriller
The true story of notorious contract killer Richard Kuklinski from his early days in the mob until his arrest for the murder of more than 100 men. Appearing to be living the American dream as a devoted husband and father; in reality Kuklinski was a ruthless killer-for-hire. When finally arrested in 1986, neither his wife nor daughters had any clue about his real profession. 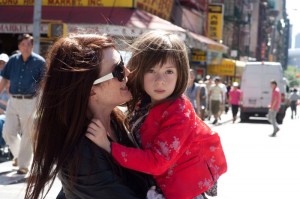 What Masie Knew
Rated: R
Drama | Family
An aging rock star and a contemporary art dealer- Susanna and Beale are too self-involved even to notice their neglect and inadequacy as parents. Their fight for custody of Maisie is just another battle in an epic war of personalities. As they raise the stakes by taking on inappropriate new partners, the ex-nanny Margo and the much younger bartender Lincoln, shuffling of Maisie from household to household becomes more and more callous, the consequences more and more troubling. Always watchful, Maisie begins to understand that the path through this morass of adult childishness and selfish blindness will have to be of her own making.

Generation Um….
Rated: R
Drama
The story of 3 friends, John and his two beautiful cohorts as they live life on the fringe; immersed in sex, drugs and indecision. As they navigate their daily routine of bars, crowds and New York City living, they embark on a path of self-discovery.

Love Is All You Need
Rated: R
Comedy | Romance
Philip, an Englishman living in Denmark, is a lonely, middle-aged widower and estranged single father. Ida is a Danish hairdresser, recuperating from a long bout of illness, who’s just been left by her husband for a younger woman, Tilde. The fates of these two bruised souls are about to intertwine, as they embark for a trip to Italy to attend the wedding of Patrick and Astrid, Philip’s son and Ida’s daughter. It is a film about the simple yet profound pains and joys of moving on—and forward—with your life.