Lured to a Japan he hasn’t seen since World War II, century-old mutant Wolverine himself in a shadowy realm of yakuza and samurai. Wolverine is pushed to his physical and emotional brink when he is forced to go on the run with a powerful industrialist’s daughter and is confronted — for the first time — with the prospect of death. As he struggles to rediscover the hero within himself, he must grapple with powerful foes and the ghosts of his own haunted past. 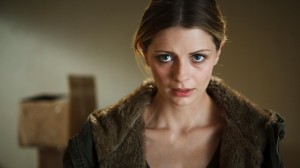 Having grown up under the controlling grip of her fame-hungry mother, Janet Slate jumps at the opportunity to move into what looks to be a great high-rise apartment in downtown Detroit. Yet some deals are too good to be true as one night her boyfriend Mark finds her in the middle of the street – having fallen from the balcony thirteen stories above. When her sister Lara tries to investigate the mystery of what happened, she moves into the same apartment and encounters the odd neighbors in the building, including an eerie nine-year old girl who seems to somehow know the real reason for Janet’s fall. Lara soon realizes that her sister’s death might spell the same fate for her unless she can overcome the strange events that are terrorizing the inhabitants in Apartment 1303. 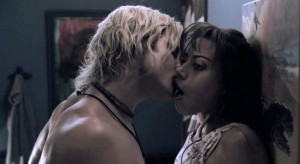 The To Do List
Rated: R
Genre: Comedy | Romance

It’s 1993, and high-school valedictorian Brandy Klark decides she needs to shed her uptight image before college. She puts together a list of all the activities she missed in high school. When she soon realizes she is out of her depth, Brandy enlists the aid of her friends, older sister, and boss. Summer marches on, and members of the group realize that they will need plenty of imagination and open mindedness to complete her project before September. 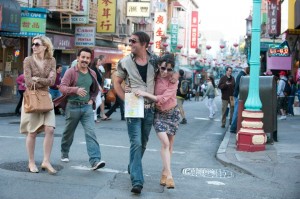 After her marriage to a wealthy businessman collapses, New York socialite Jasmine flees to San Francisco and the modest apartment of her sister, Ginger. Although she’s in a fragile emotional state and lacks job skills, Jasmine still manages to voice her disapproval of Ginger’s boyfriend, Chili. Jasmine begrudgingly takes a job in a dentist’s office, while Ginger begins dating a man who’s a step up from Chili.

In the waning days of World War II, a battalion of Russian soldiers find themselves lost in enemy territory. Stumbling upon a village decimated by an unseen terror, they discover that a mad scientist conducts experiments to fuse flesh and steel, creating an unstoppable army of undead soldiers. Leaderless and faced with dissention amongst their dwindling ranks, they must find the courage to face down an altogether new menace – or die trying.