January is both a great and terrible time for film. On the plus side, nominations and awards are handed out for the year’s “best” films. While all of these films saw at least a limited release before the first of the year, many are still in theaters or just expanding into areas outside of New York and LA. But then there is the other side of the coin, the films that get released as filler. Many are positioned as inoffensive enough to merit your money when the film you actually wanted to see gets sold out. The vanilla and typically PG-13 or less, limp in and are forgotten just as quickly. Jack Ryan: Shadow Recruit is a January release in every way. 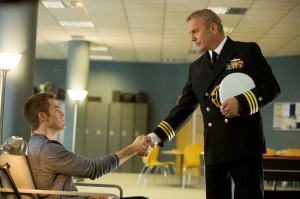 Jack Ryan (Chris Pine) was inspired to join the marines by the attacks on 9/11. Trading in the books and education of his lucrative Economics PhD program for a gun and uniform, he is on a helicopter mission in Afghanistan when he is shot down. Rushed to the hospital after heroically saving the lives of two men, his life as a soldier is over. However, with his superior intellect and love of country, the CIA sees great potential in him. After finishing his PhD, he becomes a CIA analyst hidden within the suits of Wall Street. He eventually uncovers a Russian plot to cripple the States, and just like that his life changes again, from analyst to field agent.

If the plot summary alone doesn’t give you any indication, the film takes a whole lot of time to get going, long enough to allow you to forget that you’re even watching a spy film. The filmmakers are trying to reinvent a character. This 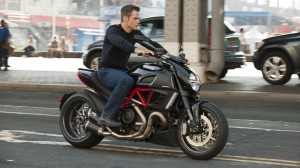 isn’t your Alec Baldwin, Harrison Ford or even Ben Affleck Jack Ryan, this is a completely new version and it shares so little connection with any of the others. The writers desperately want you to see Jack Ryan as this ultimate character of right and wrong, of passion and intelligence, but they just can’t seem to figure out how to do that without flat out telling us. The front half of the film is positively overflowing with exposition. In fact, that is pretty much the only reason Kevin Costner’s character, Thomas Harper, exists. He appears with little definition to explain what is going on, and although he may disappear for some stretches of the film, he pops up just in time to make sure we understand just what is happening. It is not that the plot is overly complicated, just that the writers have so little faith in our ability to put it together. Kevin Costner acts as their proxy, a destroyer of subtlety. He sits by our side, annoyingly whispering in our ear like a father that is just a couple steps behind. 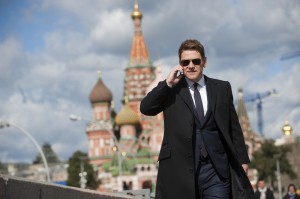 Jack Ryan: Shadow Recruit truly suffers in its ability to feel completely familiar, like a film that you have seen many times before. Director Kenneth Branagh is a more than capable director, although his recent work, as the laughable trailers that pin his name with the moniker “Director of Thor” imply, is far from remarkable. Often the film feels like a Brosnan era Bond knock-off. However, where those films were able to find the fun of the spy genre, Jack Ryan: Shadow Recruit never fully commits to this path. Instead it attempts to mix the more comic with serious themes. As a result, the tongue-in-cheek double entendres fall flat and even Kenneth Branagh’s own over the top villainous lair feels starkly out of place. This overall lack of commitment or clear guiding hand leave the film wandering about, unsure of what exactly it wants to do or say, volleying between geopolitics and ridiculous set piece. 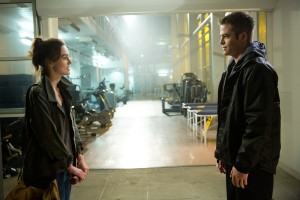 Perhaps the deepest flaw in this film is its underdeveloped characters. From its titular Jack Ryan to the previously discussed Thomas Harper, the characters are here because the story dictates they be. Writers Adam Cozad and David Koepp are too wrapped up in defining a complicated Russian threat that they don’t bother with giving their characters actual backstories or emotional motivations. The actors are fine, although Costner really seems to be phoning it in, but they are doing little more than reading directly from a script. They have no hope of forging emotional honesty or connection because they are not offered even a morsel of that on the page. Even Branagh’s own villainous Viktor Cherevin is hopelessly neutered. It is as if they went down a spy villain checklist: dark and foreboding lair, check; accent, check; debilitating illness, check; damaged backstory, check. But they never go about actually making him a true villain. Cherevin talks a big game and appears to set the pieces in motion, but by the end of the film is all bark and no bite. Like the film he resides in, he embodies his character, occasionally to cartoonish lengths, but in the end doesn’t manage to do much of anything. 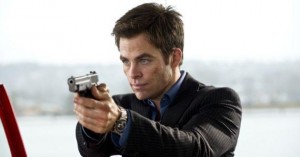 Jack Ryan: Shadow Recruit is not a bad film, but it is so far from being a good one. It is a paint-by-numbers for spy films, focusing diligently on completing a list of prerequisites while never offering up anything of true note. The action is coherent but only manages to be serviceable and pleasantly forgettable. Much of the film is overwritten on plot and underwritten on character, trading in complex geopolitics for actual emotional honesty. This is the type of film that you can put on your television as background for the more important chores you must accomplish. As a spy film it is just fine, but as an attempt to reinvigorate the Jack Ryan franchise, it fails. At this point the studios behind the Tom Clancy character are like Gretchen Wieners desperately trying to make “fetch” happen. Allow me to be Jack Ryan: Shadow Recruit’s Regina George: Stop trying to make Jack Ryan happen! It’s not going to happen!