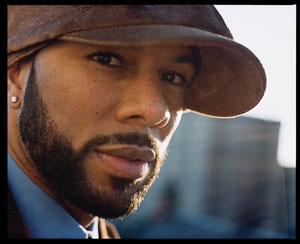 Some more ‘Terminator Salvation,’ news, rapper Common has signed on to co-star across Christian Bale and Sam Worthington.

The film, which is seeking a PG-13 rating has to do with John Connor in the future, leading the freedom fighters against the machines. The film is being directed by McG. The film is set for a May 22, 2009 release date.

Common will be next seen in ‘Wanted,’ with James McAvoy and Angelina Jolie, which I admit, doesn’t look the least bit interesting.

2 thoughts on “Common signs on to ‘Terminator’”