Sorry I’m a little late on this one guys, my wife just gave birth to our first kid last night, so I’ve been distracted….and the lack of sleep might make this weeks review either less funny or overly vicious
so bear with me. 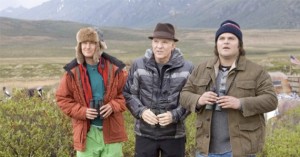 Now I love me some Steve Martin.  I love me some Steve Martin so much that I will even go out of my way to see shit like It’s Complicated, just for the single glimmer of hope to see Steve Martin be funny again.  And yes, I have even seen not one, but BOTH Pink Panther movies…but alas, the days of The Jerk and Dirty Rotten Scoundrels are behind us and Steve Martin has succumbed to just being “kinda amusing” and it’s a damn shame.  This movie looks like no exception. It’s a movie with Steve Martin, Jack Black and Owen Wilson all bird watching.  Could be funny, but judging from the preview, it just seems like the kind of movie that producers say “Throw Martin, Black and Wilson together in a movie.”  “Well….is there a script?”  “Fuck the script….make em’ watch birds or something.”  And bingo.  Looks like sub-par, but trust me, if I could stomach Cheaper By The Dozen 2, then I can stomach this just for the sweet possibility of some vintage Steve Martin. 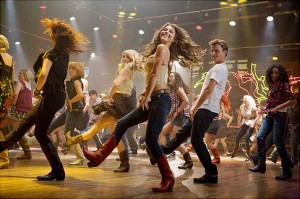 How I feel about this movie is how I feel about terrible things that happen far away in other countries.  It really sucks, but I’m glad I don’t have to deal with it.  Same thing here.  I have to say that out of the nearly 5000 movies I have seen, I have never actually seen the original Footloose.  I do love Kevin Bacon, I just never had any reason to watch a movie about a town that’s banned dancing.  I don’t get it.  Can’t you just dance at the next town over?  And why dancing? Are there no murders and rapes and violent crimes in this town that the police have nothing better to ban but dancing.  And if that’s the case, then the crime value statistics of living in this town must be through the roof positive.  It seems like you can walk down the street in this town wearing solid diamond sunglasses with $100.00 bills dripping from your pockets and not have to worry about getting mugged, but the fucking selfish ass people in the town STILL have to find something to complain about, so they want to DANCE!  Jesus.  Well, this is a remake of that ridiculous premise, and it doesn’t even have the charm that Kevin Bacon can bring to light up any dark room.  So not only could I give two flying fuckweeds about Footloose WITH Kevin Bacon, you can imagine how I feel about this diarrhea without him. Wham, bam, no thank you ma’am. 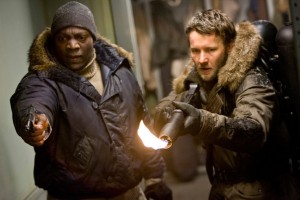 So what is this movie?  A remake or a sequel or a prequel?  As far as I can tell, it’s a prequel to the awesome, kick ass, 1982 masterpiece The Thing which in my opinion still has some of, if not the best, horror FX ever put on film.  5 star movie.  This one…not so much.  I mean, if it’s a prequel, then why is everyone in it American, because we all know that it was actually a group of Norwegians who discovered The Thing and it looks like a bunch of Americans in this movie.  Also, if it’s a prequel and not a flat out remake, like it’s being hyped as, then is it set in 1982 like the first one?  Because all the tech seems pretty up to date.  Now, all of that aside, the preview doesn’t look horrible, but it doesn’t look great either.  I could deal with a sequel to one of my favorite movies of all time, but what I will complain about is that if you’re going to go balls out and try to replicate the sheer awesomeness of the original, why would you slack and make all the FX CGI?  The amazing charm of the first one was mostly due to the FX, which just hit it out of the park.  CGI is not enduring, looks flat and also messy and cheap.  Sure, they might hold a scare the first time you see it, but in 5 years, they’ll look old and detached, which then takes me out of the movie completely. Whereas the original, the FX still hold up to this day for me.  The scene where they’re testing the blood with the hot wire still gives me chills to this day, and I fucking know what happens! So I feel this is wasted potential.  I feel like if some filmmaker could just come out and blow everyone away with a horror film using state of the art PRACTICAL FX, then the movie would blow everyone away.  Splinter is the closest I’ve seen to that, but certainly not The Thing prequel.

That’s it for this week.